Although Cary Elwes will always be Westley, this has to be counted among his best performances. Ignore the rest of the franchise and consider this as a stand alone work of art and horror.

Two men (Elwes and Leigh Whannell) wake up in a dingy bathroom to find they are chained to the wall as part of a sick game set up by a notorious serial killer, with only a saw to help them escape.

It’s emotional, visceral and twisted, with enough plot to keep you on your toes throughout. This isn’t a slasher; it’s a psychological thriller with gore. 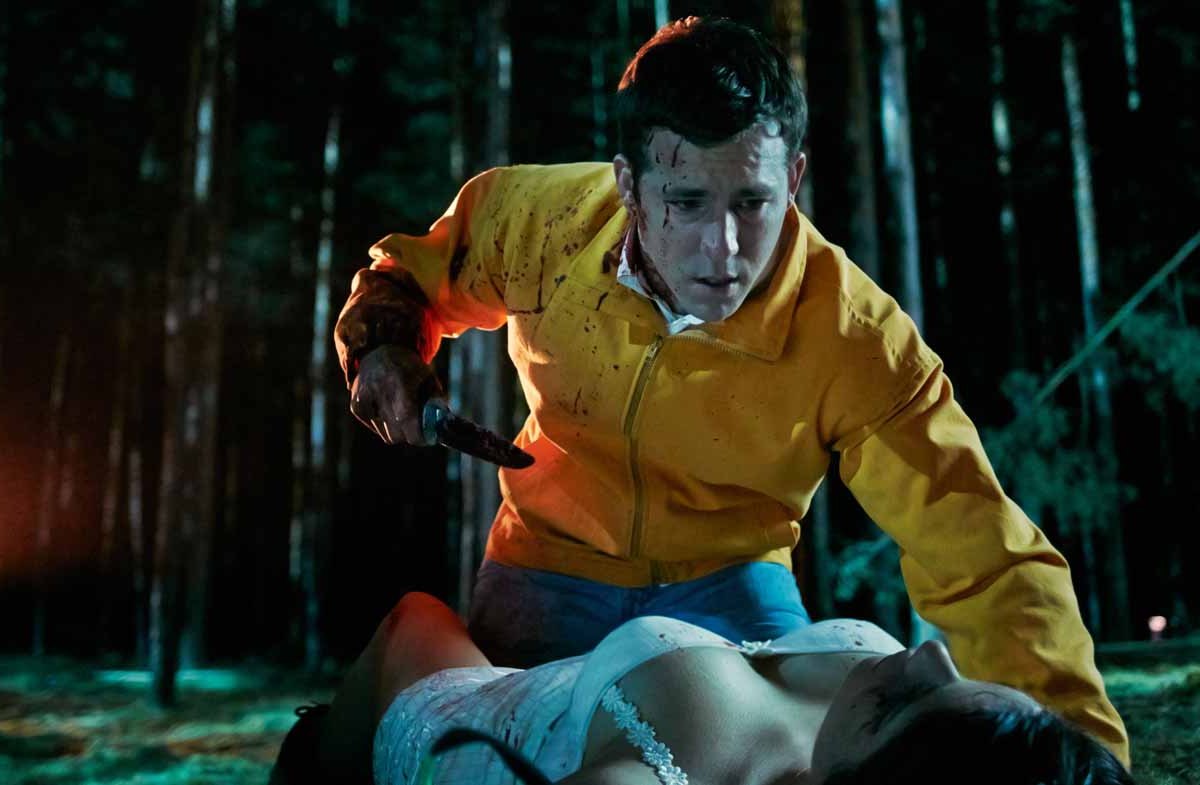 The best word to describe this film is ‘weird’.

Jerry (Ryan Reynolds) is a likeable mentally unstable man working a dead-end job. When he follows the advice of his pets and pursues his office crush (Gemma Arterton) things get dark pretty quickly. And that’s just the beginning.

Written by Michael R. Perry (Paranormal Activity 2) and directed by Marjane Satrapi (Persepolis) it sits on a very stylised fence between horror thriller and quirky comedy.

If you don’t like bloody films, this is not the one for you, but otherwise do watch it. Anna Kendrick costars and Reynolds is magnetic as always.

Vincent Price at his most dastardly and most dramatic.

A Shakespearean actor (Price) plagued by negative reviews fakes his own death and takes revenge on those who refused him critical acclaim, choosing methods written by the bard himself.

As the name suggests, be prepared for a gore fest that only the 1970s could produce. It brings together melodrama and absurdity that is absolutely thrilling to witness. The question moves from being is what is he doing, to exactly how graphically are they going to show it extremely quickly.

In this film, there is no such thing as a pleasant death.

Long before they glittered, they hung around seaside amusements and tormented teenagers.

Michael (Jason Patrick) moves with his mother (Dianne Wiest) and brother (Corey Haim) to a small coastal town in California which is plagued by biker gangs and mysterious deaths.

Kiefer Sutherland is mesmerising as David, leader of the gang, Edward Herrmann’s on top form, as usual, and what 80s film would be complete without Corey Feldman? Directed by Joel Schumacher (Batman Forever, Phone Booth), what’s not to love?

This film is huge amounts of fun, with a bit of gore, romance and horror thrown in for good measure.

What you are about to watch is brutal. Based on the novel by Koushun Takami, Kinji Fukasaku pulled no punches translating it to the silver screen.

Set in a future world where overpopulation is the main concern, a class of students are captured by their government, sent to an island and forced to kill each other to survive.

This is not the Hunger Games. This is far more grown up and far less forgiving. There’s no beautiful scenery or costumes, this is not Young Adult fiction. This film may not be for the faint hearted but is definitely worth watching. Don’t bother with the Americanised version, there is no way it could out-shine this masterpiece of chilling Swedish filmmaking.

Oskar (Kare Hedebrant) is a young boy living with his mother in an apartment block in early 1980s Stockholm. Bullied at school, he is hopelessly lonely until he meets Eli (Lina Leandersson).

Adapted from a masterful novel by John Ajvide Lindqvist and directed by Tomas Alfredson (Tinker Tailor Soldier Spy) this is a fantasy horror made the way they should be; bleak, at times sweet, and always beautiful. None of those sparkling vampires, the sort in Lindqvist’s world are truly terrifying.

Although technically a sequel, this is easily watchable by itself and is probably better described as a comedic remake of The Evil Dead (1981).

Bruce Campbell stars as Ash who takes his girlfriend up to a secluded cabin in the woods. When evil spirits attack the cabin their biggest challenge is surviving the night.

Definitely more comedy than horror, Sam Raimi has laid it on thick with ample amounts of creepy camera work, strange noises and gore. Lots and lots of gore. If you have ever wanted to see a man fight his own hand, this is the film for you.

Also known as Dead Alive, this is one of Peter Jackson’s first feature films. But don’t expect hobbits.

I don’t know what to say about the plot. There is definitely a leading man. And something about monkeys raped by rats to create killer rat-monkeys.

To be honest the whole thing is a visceral blur of severed … everything. And just when you think they must have run out of fake blood, there will be more.

I have a strong stomach when it comes to onscreen gore, but this is something else.

Equal parts hilarious, ridiculous and disgusting. You have been warned.