“Conform! Free will is overrated! Jump on the bandwagon! There is no such place as Area 51!”

Josie (Rachael Leigh Cook), Valerie (Rosario Dawson) and Melody (Tara Reid) are The Pussycats, until they find themselves caught up in the middle of a subliminal international conspiracy to influence the world’s youth. 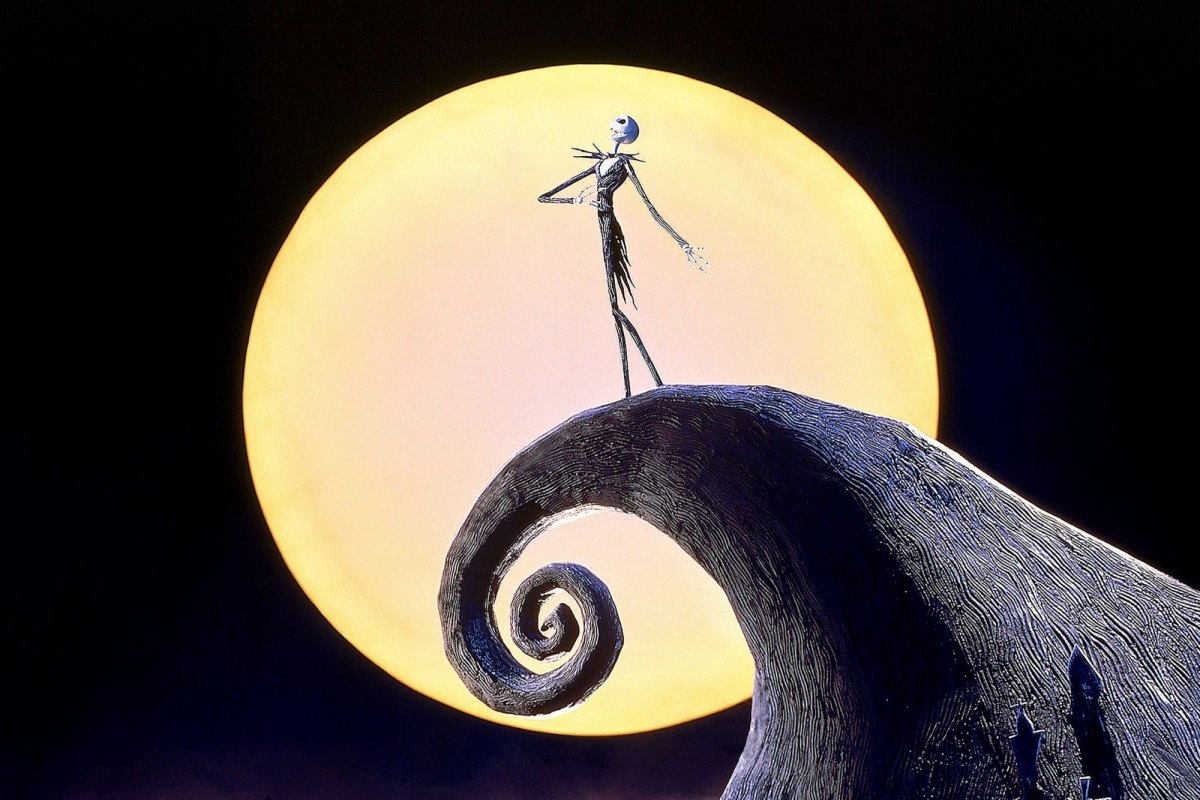 Best watched between Halloween and Christmas.

Jack Skellington (Danny Elfman), the king of Halloween Town, growing tired of the same old schtick every year, decides to branch out in to other holidays. With the help of Sally (Catherine O’Hara) and a host of other creepy characters he wants to capture Santy Claws and take over Christmas.

Directed by Henry Selick (Coraline, James and the Giant Peach) and from the twisted mind of Tim Burton (Edward Scissorhands, Corpse Bride), this is a warped but family friendly feature full of strange twists and turns and songs you’ll be singing until New Year.

Based on the stage musical and directed by Robert Wise (West Side Story), it won five Oscars including Best Picture and Best Director.

It’s a beautifully made film that you’ll be able to sing along to parts the first time you watch it.

This film may appear corny to start with but it has a heart of gold and a timeless sense of humour.

Tracy’s (Nikki Blonsky) a large girl with a personality to match, determined to dance on a local daytime TV show.

Based on the 8-time Tony Award Winning musical set in segregated 1960s Baltimore and the 1988 film adaptation starring Rikki Lake, it’s an up-beat comedy not to miss.

Winner of two Oscars for its music and nominated for a further two, this is an undoubted jewel in the Disney crown, demonstrated further by the six-time Tony Award winning musical it spawned.

The plot is, arguably, a child-friendly version of Hamlet.

Simba (voiced in part by Matthew Broderick), a lion cub devastated by the loss of his father, Mufasa (James Earl Jones) abandons his pride and makes unlikely friends in to form of meerkat Timon (Nathan Lane) and warthog Pumbaa (Ernie Sabella).

The film itself is beautifully done, with stunning animation, and is currently number 54 on IMDb’s top 250 list.

Based on the music of The Beatles, this is a musical you don’t need to have seen to know the words to.

Jude (Jim Sturgess) moves from Liverpool to America where he meets and falls in love with Lucy (Evan Rachel Wood). Set in the 1960s, the socio-political climate of the time makes for a dramatic background to this moving love story.

Director Julie Taymour (Frida, Titus) truly transports her audience. The film’s littered with references to the period, particularly within the music industry, but even if you only pick up the odd one it still makes for mesmerising viewing.

Barbra Streisand is one of the most fabulous people to walk the Earth, and this wonderful film is just one of her many gems.

Dolly (Streisand) is a rich widow who uses her many talents to improve the lives of those around her, namely as a matchmaker.

Based on the much-loved Broadway musical, directed by Gene Kelly (Singin’ In The Rain) and co- starring Walter Matthau and Michael Crawford, it’s little wonder it won three Oscars.

Funny, sweet, sad, romantic and jam-packed with songs that are liable to have you dancing in the aisles (one of which featured on Wall.E). 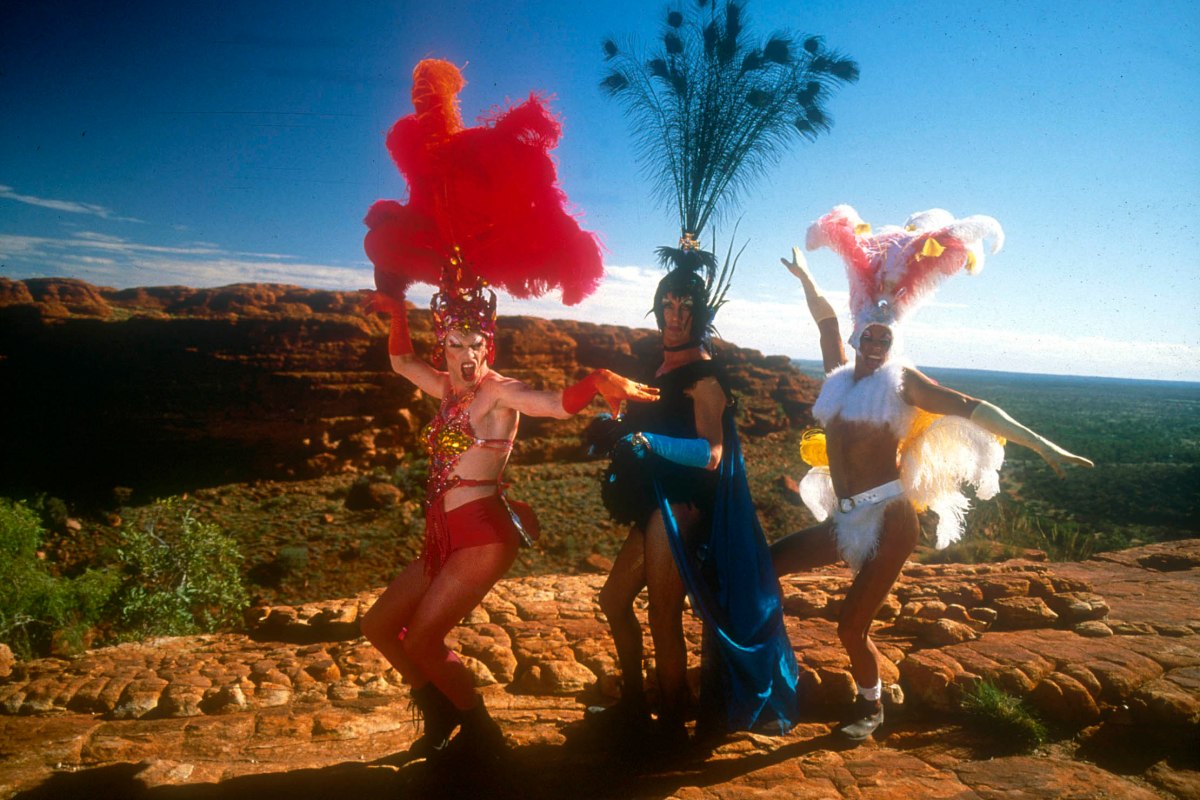 This is my all-time favourite film.

Hugo Weaving, Terence Stamp and Guy Pearce star as a pair of drag queens and a transsexual who drive to  a hotel in the middle of the Australian outback to perform a show.

Priscilla is their magnificent bus and as the title would suggest this film is all about the journey.

The costumes are fabulous, the soundtrack is unapologetically camp and the characters are perfection; filled with hilarious one-liners, an unapologetic (at times almost nihilistic) determination to be themselves and genuine affection for each other that gets them through what life throws at them.

Aca-believe it, the Bellas are back, and this time they are going global!

After an incident involving Fat Amy (Rebel Wilson) and Barack Obama, the Bardon Bellas are thrown off the a cappella circuit. In an attempt to reclaim their title, they head for the ultimate competition, World Champions.

This is Elizabeth Banks’ directorial debut and it is an absolute beauty.

Funny, feisty and feminist, the cast is superb, the songs are great; the film is just fantastic.

No, it’s not as good as the first one, but as far as sequels go, this one’s up there with the greats.

When I first saw the trailer for this film, I presumed I would hate it. I could not have been more wrong.

Anna Kendrick stars as Beca, a freshman who is determined to become a music producer. She joins The Bellas, one of the university’s singing groups, against her wishes, and “changes the face of a cappella”.

There is a little more to it than that, but you’ll have to watch it. Yes, there is a lot of singing (it’s about a cappella!), but there is enough humour (gross-out and otherwise) to keep even the biggest grouch entertained. Watch it!